Thick mineralisation is identified at multiple sites and new high-priority targets are generated.

Three more targets are expected to be drilled next quarter

There were 285 holes completed for 23,789 metres in the first pass aircore drilling program with promising results received from the Mizina, Mizina South, Ward and Millrose Extension prospects.

One drill hole at Mizina South had mineralisation greater than 1.0 g/t gold over 75 metres.

Only five of the original nine large, high-priority targets have been tested. 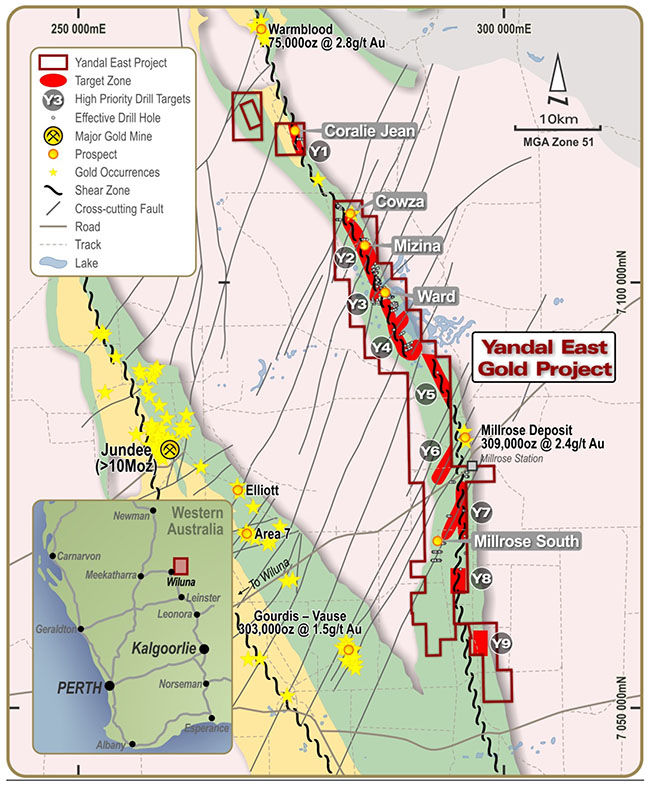 Location of Yandal East and priority targets and prospects.

This work is expected to begin during the December quarter at an estimated cost of less than $250,000 with a $132,000 grant payment approved for processing by the EIS coordinator.

Other highlights from the inaugural aircore program are:

The company has gained a vast amount of knowledge and data as a result of the drilling program.

A better understanding of the geology and mineralisation in the target areas has generated five new high-priority targets.

These are within the original, larger target areas previously developed in conjunction with Jon Hronsky.

He has subsequently reviewed the recent results and assisted in the assessment of the five new targets and recommended closer spaced drilling over these targets.

Renegade said it was excited to be able to drill these new targets so soon after their identification. The new targets all contain known mineralisation, structural and geological complexity and include Ward, Mizina North, Mizina South, Millrose Extension and Coralie Jean South.

There are plans to drill Ward, Mizina North and Millrose Extension in the upcoming quarter with drilling to follow at the other targets thereafter. 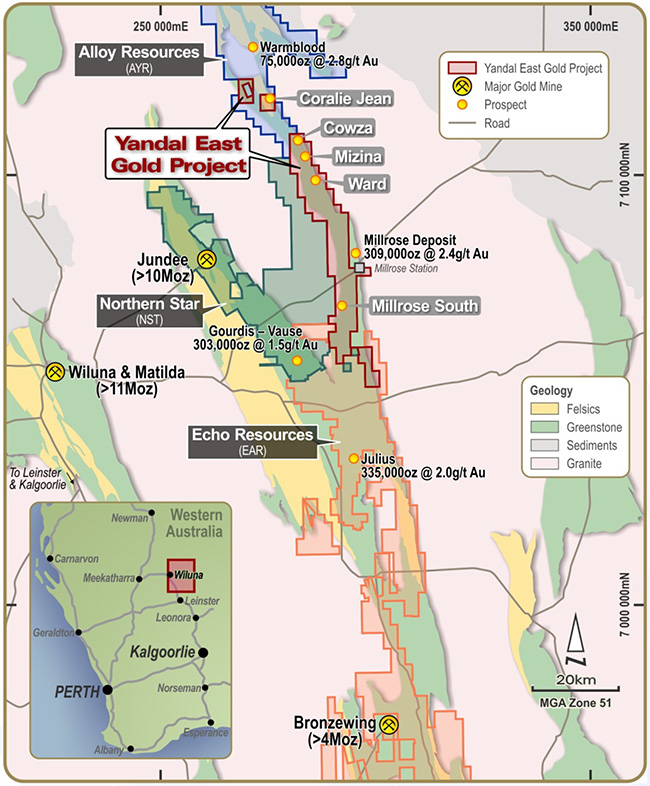 Yandal East is within the well-endowed gold region known as the Yandal Greenstone Belt, 70 kilometres northeast of Wiluna.

The region has historically produced in excess of 10 million ounces of gold and Renegade’s permits are adjacent to and along strike in both directions from the Millrose deposit containing 309,000 ounces at 2.4 g/t.