Findings point to a high-grade zinc footprint with elevated levels of lead, copper, gold and silver.

Eastern Metals Ltd (ASX:EMS) has unearthed what could be a high-grade zinc zone within the Browns Reef base metal deposit in New South Wales.

The company just concluded its initial drill program at the deposit, and mineralisation in all four drill holes extended the deposit’s lode along strike and at depth.

Ultimately, findings point to a high-grade zinc footprint — which Eastern is calling the Evergreen Zone — with elevated levels of lead, copper, gold and silver.

Follow-up diamond drilling is planned to extend the Evergreen Zone further along strike, and this program has already secured regulatory approval. 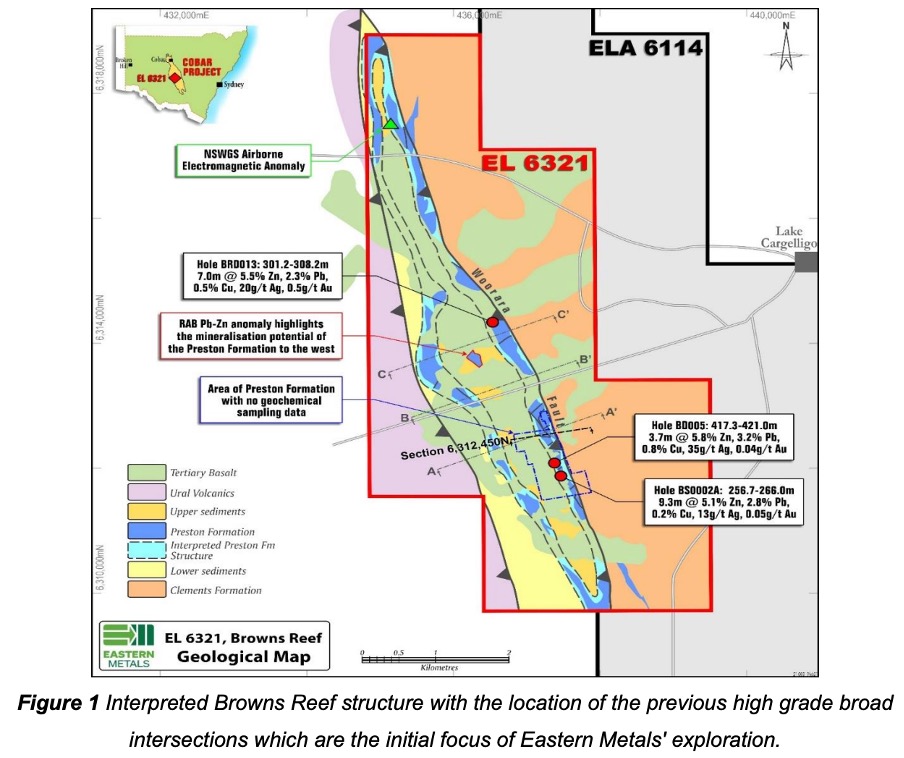 Eastern Metals managing director and CEP Wayne Rossiter said: “This initial drilling campaign has been an outstanding success with high-grade mineralisation encountered in all holes over significant mineralised intervals.

“The Evergreen Zone lode has a current strike length of more than 100 metres and vertical depth of at least 300 metres and remains open along strike and at depth.

“Our next steps will be to drill further along strike and this program has received regulatory approval.”

Eastern Metals’ initial drill findings are thought to be the first stage of a high grade, zinc-dominated, polymetallic discovery at Browns Reef. 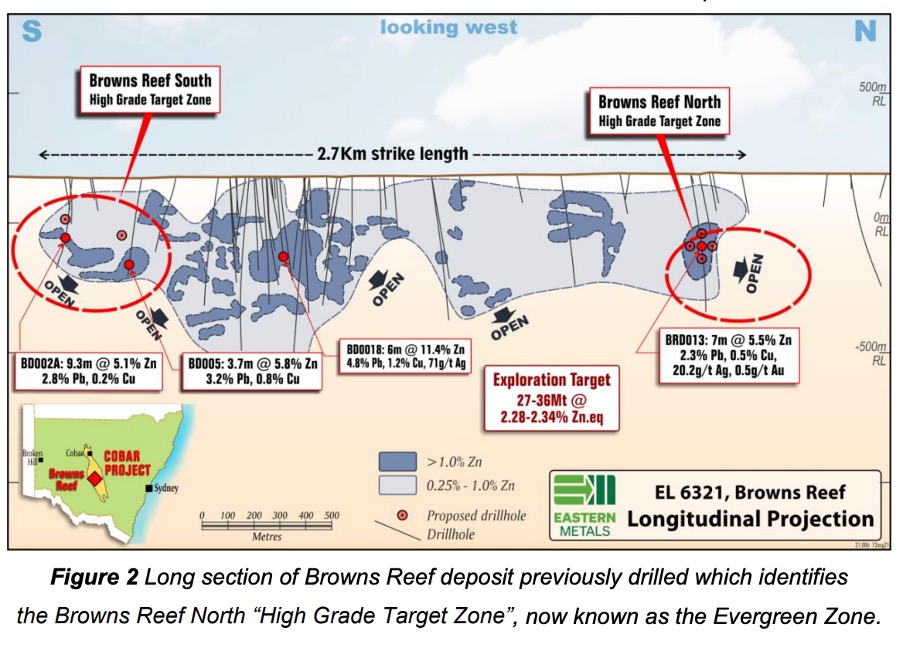 Eastern Metals has planned a follow-up diamond drilling program to test for further extensions to the Evergreen Zone along strike to the north and south later this financial year.

The company has also designed a diamond drilling program to test Brown Reefs’ other high-grade footprint, the Southern High Grade Zone. This program will kick off when all necessary approvals are in place.

In addition, a rotary air blast drilling program has also been planned to test for geochemical anomalies over the western limb and other areas of the structure. There has been no previous deep drilling in this area, and very limited prior exploration.

Nexus Minerals yields up to 5 metres at 17.91 g/t gold at Wallbrook prospects

Nexus Minerals Ltd (ASX:NXM)’s Andy Tudor speaks with Proactive about its ambitious drill campaign at the Branches and Solomon prospects, part its Wallbrook Gold Project in WA. The MD noted that while this was an early-stage project “the scale of metal endowment of this large mineralised system...

Energy Buru Energy to farm out part of its L20-1 interest, ramp up CCS...

Mining Eastern Metals to test the limits of mineralisation at Evergreen...

Basic Materials Kiland completes sale of pontoon for A$6.06 million, to be channelled into agriculture on Kangaroo Island