South Harz intends to keep the drill bit spinning at Ohmgebirge, with a second confirmatory hole planned for execution in the coming weeks.

The pioneer hole was designed to twin with a historical target at Ohmgebirge, which was drilled well over a century ago in 1906.

Now, core from the drill hole is being prepped for assay. Results are expected roughly a month’s time, while downhole geophysics are pegged to follow up the hole.

South Harz intends to keep the drill bit spinning at Ohmgebirge, with a second confirmatory hole planned for execution in the coming weeks.

Recently, harsh weather conditions have abated work on the second hole’s drill pad, but the potash project developer expects to cross this off the list in the next few days.

That means South Harz expects to complete its second hole, dubbed OHM-01, by late April, and then receive assays in May. 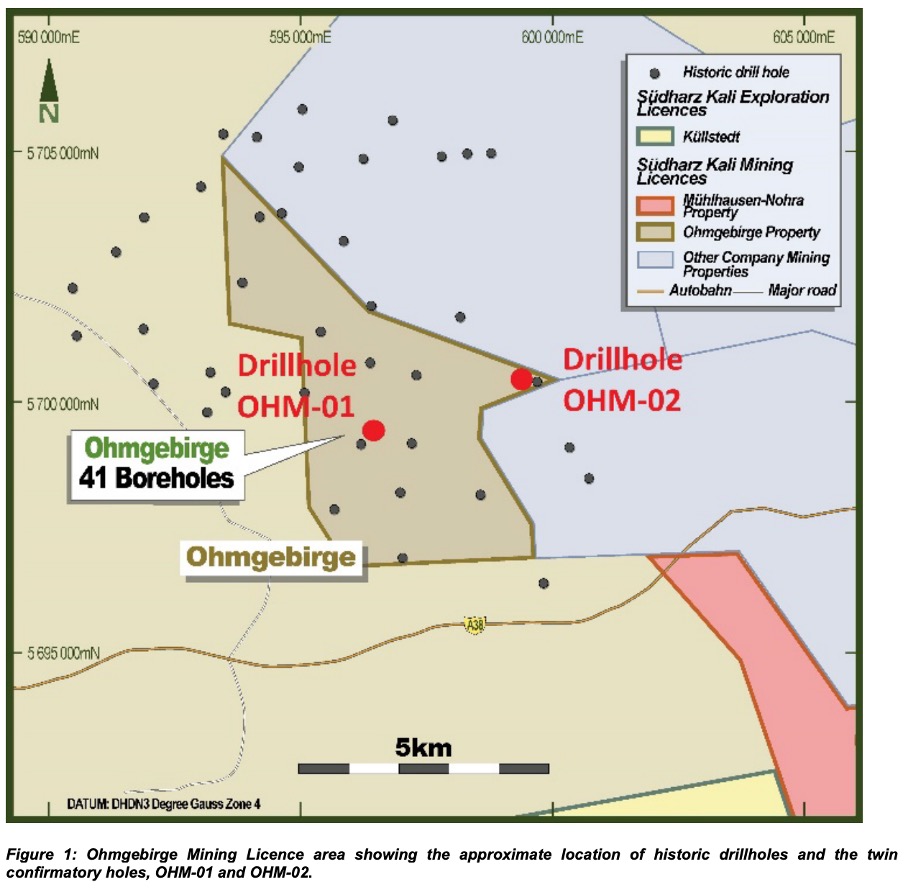 South Harz is out to prove up the mineral resource at Ohmgebirge with assays from its two new drill holes.

In addition, it’s hoped results from both of the confirmatory holes will allow South Harz to upgrade the current Ohmgebirge inferred resource to the indicated category.

Beyond that, the revised MRE will allow South Harz to report technical and economic information about Ohmgebirge for the first time in a scoping study.

Essentially, the study will include a detailed resource assessment by Micon International Co Ltd and results from the twin drill holes.

Once a revised MRE is complete, K-Utec Salt Technologies GmbH will review the scoping study’s mining and processing sections and update both capital and operating costs.

The study will also include an expert appraisal of the potash and industrial salt markets and provide guidance price forecasts to underpin a financial model.

Owing to the wet weather delays, South Harz anticipates it can complete the scoping study in June 2022.

“This firmly supports our confidence in the historical data from the project area,” Dr Gilchrist explained.

“The next phase of our drilling aims to twin a drill hole from the second and most extensive historical potash drilling campaign, which took place in the 1960s and 1980s.

“The results from these two holes, including comprehensive chemical assays, are set to drive the planned update of the existing inferred mineral resource estimate and completion of a scoping study on Ohmgebirge.”

South Harz Potash advances towards potash development in the heart of...

South Harz Potash wraps up confirmatory drilling at Ohmgebirge in...

Dr Chris Gilchrist speaks to Proactive London with regards to progress on its current projects.  South Harz completed, successfully, the first of two confirmatory drill holes in the first quarter of the year, finding 11 metres of potash which was double previous expectations.  It also...

Mining South Harz Potash 'set to go' after getting go ahead to drill at...