With an acquisition, a placement, high-grade gold finds and more field work, the previous quarter kept the company busy.

“The Sandstone acquisition will be a significant step for the company, with an existing mineral resource and substantial infrastructure," managing director Brad Valiukas said.

“Our immediate priority will be on the Shillington – Two Mile Complex and defining the underground potential.”

The Sandstone Gold Project, around 520 kilometres northeast of Perth, is on a sealed highway between the mining towns of Mt Magnet and Leinster in the East Murchison Mineral Field of Western Australia. The purchase from Middle Island Resources was secured with $12 million – half in cash and half in Aurumin shares.

It also includes a non-operating 500,000 tonnes per annum carbon-in-leach (CIL) processing plant, all associated infrastructure, an operating licence, permitted tailings storage facility and bore field, and three fully equipped camps on freehold title within the nearby village of Sandstone.

In order to purchase Sandstone, the company announced a capital raising, consisting of three components – a placement, a convertible note and an entitlement offer to raise a minimum of $8 million and a maximum of $12.5 million.

The placement raised $2.5 million and was finalised in the December quarter. The entitlement offer, expected to raise a further $5 million, is on the horizon. 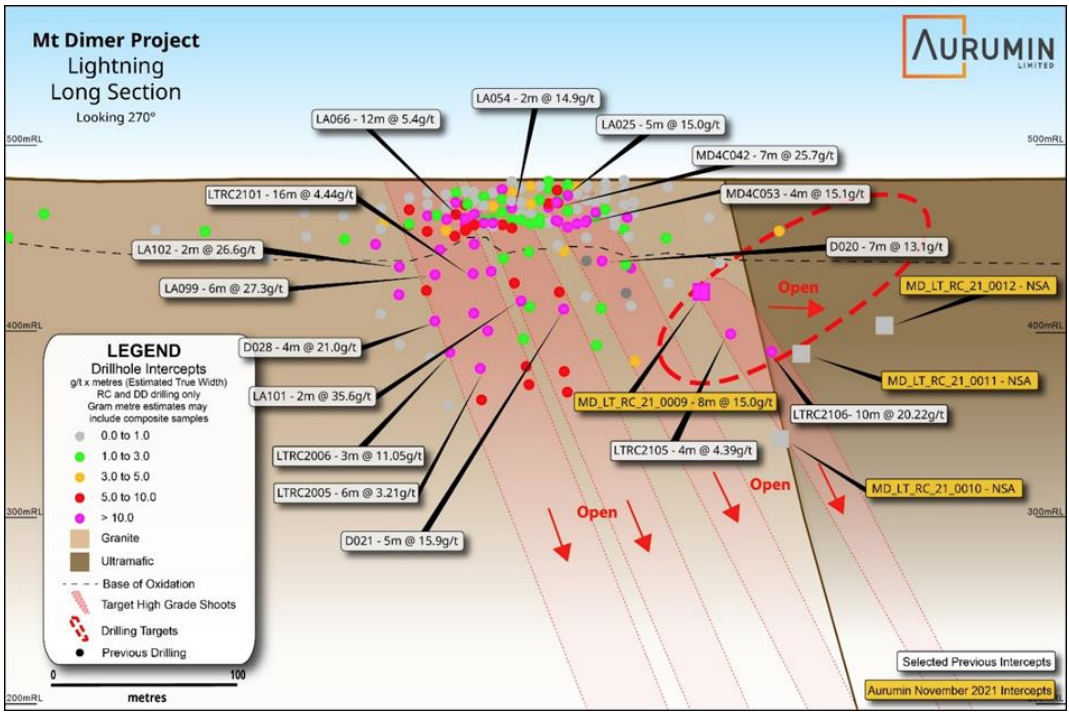 “We had more strong results at Mt Dimer and have commenced field work at Mt Palmer as we continue to progress our projects in the Southern Cross region,” Valiukas said.

The company hit a bounty at Mt Dimer during its November drilling campaign, with high-grade assay results of up to 90.70 g/t gold.

Highlights from the various deposits include:

During the quarter, the company released an exploration update for Mt Palmer, which consolidated drilling and mapping from earlier in the year.

The company has kicked off a field exploration program at the site, with first pass soil samples and rock chips taken in the north and south, beyond the historical mining footprint in the area.

Aurumin is trialing the CSIRO Ultrafine sampling to account for cover material and to improve the contrast between background and anomalous results.

Aurumin Ltd is on the job at Central Sandstone and Mt Palmer,...

Aurumin gears up for its first drilling program at Sandstone this...

Aurumin Ltd is on the job at Central Sandstone and Mt Palmer, targeting gold...

Aurumin Ltd (ASX:AUN)'s Brad Valiukas tells Andrew Scott about a drilling campaign that has kicked off at the Two Mile Hill deposit at the Central Sandstone Gold Project. Reverse circulation drilling is in progress for the next two weeks, after which the company will fire up the diamond drills....