The copper-cobalt resource with added zinc goes way beyond expectations and there is upside potential with only around half of the large tailings deposit having been drilled.

Cape Lambert Resources Ltd (ASX:CFE) has emerged from ASX suspension with strong news from its Kipushi Cobalt-Copper Tailings Project in the DRC, including a maiden JORC-compliant resource with contained metal valued at close to $1 billion.

Also adding to the company’s investment case is the addition of zinc to the Kipushi asset and a greater ownership stake.

With the suspension now behind it and today’s highly encouraging news, chairman Tony Sage said it was all systems go.

As well as the tailings deposit being 2 million tonnes bigger than expected, Sage said only about half of the available tailings had been drilled and estimated.

“There is significant upside,” he said, “as there is still 2 million tonnes to be drilled.”

The maiden copper-cobalt tailings resource amounts to 2.3 million tonnes at 0.33% cobalt and 1.0% copper.

Drilling has also revealed large high-grade zinc resources which provide the potential for an increase in project revenues.

When combined, the resources amount to 4.4 million tonnes of treatable tailings to date.

The resource estimate for the Kipushi Tailings Project.

The project, near the town of Kipushi and about 25 kilometres from Lubumbashi, involves the reprocessing of cobalt-copper tailings contained in the Kipushi Tailings Storage Facility (TSF).

It is operated by Soludo Lambert Mining SAS, under a 50/50 joint venture arrangement between local DRC entity Paragon Mining SARL and Cape Lambert.

Soludo Lambert’s interest in the project has increased to 75% by way of a contract it has with La Patience SPRL that gives it the right to exploit and process the tailings and sell the product.

Cape Lambert and Paragon have been in discussions with Patience to reconfirm the terms of the contractual arrangement Patience has with Paragon for exploitation of the tailings.

This was needed after Patience became concerned regarding delays in the production timeline resulting from a development change of repairing the existing flotation plant to a much more efficient leaching plant.

While this will improve financial outcomes, it has delayed revenues that Patience and State-owned company La Générale des Carrières et des Mines (Gecamines), anticipated receiving in 2018.

After lengthy negotiations Paragon has executed a settlement agreement with Patience, which provides the security of tenure for the project to move forward.

This also included for Paragon’s interest in the project to increase to 75%.

Commenting on resolution of this matter, Sage said: “In the interest of all Cape Lambert shareholders, I am very pleased to bring this matter to a satisfactory resolution so that trading of the company’s shares can recommence.

“With the matter now resolved, and with the maiden resource estimate inclusive of zinc for the tailings being issued, Cape Lambert can now refocus on developing the Kipushi project.”

Drilling of 47 holes for a total of 432 metres was completed during the second half of 2018 with all assays received by the end of January 2019.

Results showed a discrete layer of copper cobalt tailings in the top half of the total tails underlain by zinc-rich tails deposited from the nearby Kiko mine. 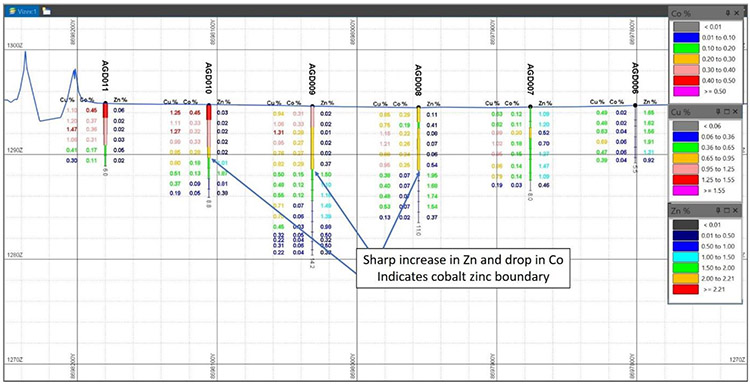 This has been based on interpreted continuance of the river channel profile and expected grade ranges as known from the drilling. 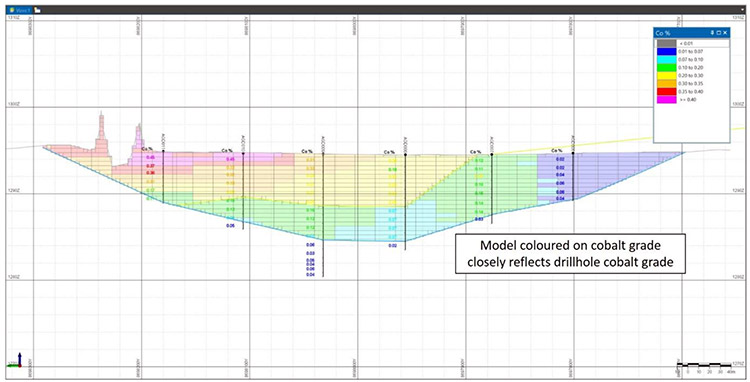 Sage stated: “The resource together with the exploration target is significantly larger than expected and planned changes to the plant design should result in a more efficient and more profitable project overall to the benefit of all shareholders.”

Drilling to support this target is anticipated during the next dry season, which runs from now until November 2019, subject to availability of resources and progression of the project.

The potential quantity and grade of the exploration target is conceptual in nature and there has been insufficient exploration to estimate a mineral resource.

It is uncertain if further exploration will result in the estimation of a resource.

Cyclone Metals kicks off maiden exploration at Mareburn and...