Bezant is focused on developing its pipeline of copper gold projects to provide a new generation of economically and socially sustainable mines.

The company portfolio of assets includes:

The Company is quoted on the AIM Market: (BZT)

The 2019 Mining Plus study identified and assessed a number of high-level alternative mining options for the Mankayan project as well as substantially improving the underlying economics of the proposed operations. The options considered were designed with the objective of improving production processes, determining pathways with reduced total start-up cost, identifying further potential value from the project and correctly including off-site costs for the first time. The options were based on the work undertaken by GHD Group Pty. Limited ("GHD") and Mining Plus in their 2014 Scoping Study Update and were evaluated using the parameters developed in that historic study.

This latest study has identified a broad range of mining options that can be used to mine the deposit. Relative to the historic study, these options included:

In total, eleven options were investigated with four representative options analysed in more detail in the study. Two main options were chosen as preferential block cave development routes at different scales and an SLC intermediary route towards block caving was also determined. The key metrics for each of these four options are set out in Table 1 below and include Option 3, a high rate, major block cave comparator of 24Mtpa.

Argentina is the second largest country in South America, constituted as a federation of 23 provinces and an autonomous City, Buenos Aires. It is the eighth largest country in the world by land area and the largest amongst Spanish-speaking nations, although Mexico, Colombia and Spain are more populous. Argentina is one of South America’s largest economies, with a similar high quality of life and GDP per Capita. The country has a firm foundation for future growth for its market size, the levels of foreign direct investment and percentage of high-tech exports, as a share of total manufactured goods. Argentina is a founding member of the United Nations, Mercosur and the Union of South American Nations, along with being one of the G20's major economies. Argentina's booming mining sector attracted in the order of $2.3 billion investment during 2008, up more than 1,000 percent from 2003, according to official data available (reuters.com). Argentine mining exports totaled about $3.9 billion in 2008 and the mineral exports of the country primarily relate to precious and base metals such as copper, gold, silver and molybdenum. Some of the larger mines in the country include Barrick Gold Corporation’s Veladero gold-silver mine, AngloGold Ashanti's Cerro Vanguardia and the country's largest mine - the Bajo de la Alumbrera copper-gold operation, controlled by Xstrata Copper. Some of the major ongoing projects include Barrick's giant Pascua Lama mine and the Cerro Negro gold project in southern Argentina (the main asset of Andean Resources), which has recently been valued by Goldcorp in the order of a $3.43 billion.

Mr Bird is a Fellow of the Institute of Materials, Minerals and Mining and a UK Chartered Engineer. He also holds a UK and South African Mine Managers Certificate for coal mines. The formative part of his career was spent in the UK coal mining industry and thereafter he moved to the Zambian copper belt and then to South Africa to work in a management position with Anglo Coal and BP Coal. On his return to the UK he was Technical and Operations Director of Costain Mining Ltd, which involved responsibility for Costain’s interest in the UK, Latin-America and Spain. Mr Bird has had senior technical and operational experience in a number of commodities to include coal, nickel, gold, copper and industrial minerals.

Following his extensive operational and technical career, he became involved in corporate finance and has been the prime mover in a number of public listings, mainly on the UK's AIM market. 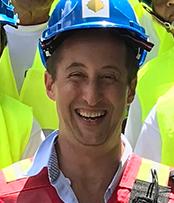 Mr Read brings over 18 years of experience to the Board working with quoted and private companies within the natural resources sector. During his career he has worked with companies in most key natural resources regions operating across a wide range of commodities, often working on behalf of professional investment groups.

Dr Kirby is a metallurgist with over 40 years’ experience in the mining sector. He spent 16 years working for South African companies, Impala Platinum, Rand Mines and Rustenburg Platinum Mines. During this time, he worked in operations management, process development, plant expansions and new projects. Then in Australia, over a period of ten years with Minproc Engineers and Bechtel Corporation, he held technical and management roles in numerous studies and projects. This work covered a wide variety of metals & minerals and included many world-leading developments. In 2002, he established his own consulting business, Metallurgical Management Services and has had successful and diverse international involvement. Dr Kirby clearly understands the relationships between geology, mining, metallurgy, and production that drive technical and financial success. He has worked as a director of Mining companies listed on the ASX and AIM.

BROKER TO THE COMPANY:

BANKERS TO THE COMPANY:

As at 6th February 2019, the Company was aware of the following shareholders holding 3 per cent or more of its issued share capital:

BROKER TO THE COMPANY:

BANKERS TO THE COMPANY:

If you would like more information about Bezant Resources or any of our projects please contact our office or use the contact form below. We will endeavour to get back to you as soon as possible.